How to find an influencer for your brand

Surely the term influencer rings a bell. They’re those people that have a ton of followers on social media and can advertise your product or service so other people buy it.

Let’s say an influencer is some nobody that worked on something and now people are following him. A celebrity is a social burden that has dedicated themselves to living the dream. They’ve made Twitter accounts, an Instagram, a blog, and whatever else to be able to earn more money for advertising. Yes, it’s that sad, my friends.

How did everything start with influencers?

Influencers became trendy when blogs started popping up like mushrooms. Those with more visits attracted more attention from advertisers who wanted to appear in their blogs; first as banners, then as reviewed posts, which is more hidden than advertising. There, the influencers did a review or an unboxing of the product in question.

How do you find an influencer?

And, furthermore, how do you find the right people for your brand or store? You can go about it a couple of ways: first, going through an agency that specializes in influencers. These agencies act as agents or managers for these types of celebrities and can customize their efforts on your behalf. Their role is to be the intermediary between the customer and the influencer and earn a commission. It ends up being an agency of representatives or proxies.

The other way is, of course, to lever. We can surf social media looking for influencers and capture them by searching specific hashtags on Twitter and Instagram and looking up the people with the most followers and interactions. However, the reality is that doing this is murderous. Luckily, we’ve got tools that can help us.

We can employ payment tools like Traackr (used by L’Oreal or Forbes); Buzzsumo, Followerwonk, from Moz, a SEO tool; PeerIndex, purchased by Bandwatch; Ahrefs or Keyhole that allow us to detect influencers by thematic searches and be able to contact them later.

If an influencer still isn’t well-known enough to have an agent, we can contact them directly and figure something out one on one. A word of advice though, run from those who don’t write an invoice; you’d be going down the wrong road!

What do we have to keep in mind?

Today anyone can be considered an influencer and people have realized the opportunity, as always, in this country. This means, any neighbor kid with 2,000 followers on Instagram thinks he’s a star and wants your first-born child as payment for advertising your product. Speaking frankly, there’s a lot of crap.

A good trick for detecting a valuable influencer isn’t the number of followers he has, but the number of interactions he has. If someone posts a video and has 500,000 views but only 10 comments, that guy isn’t the one for us. You can compare views on Fiverr, just like you can with followers, tweets, retweets, likes, and everything else. Therefore, a good rule of thumb is to measure the interaction with followers. If there’s no conversation, move on. 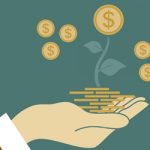 Payment methods for your online business that you might not knowUncategorized 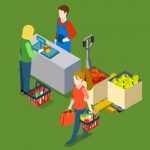