What is NPS and how can you apply it to your e-commerce?

Hiding behind the acronym NPS is an easy metric that can be key for your business. It’s a simple question, “How likely is it that you would recommend my company to a friend or colleague?”

We’re talking about the Net Promoter Score which, if you say it that way, sounds complicated, when it really isn’t at all. The simple fact of knowing how many people would recommend your company gives you a key index which, though general, translates to each and every one of the aspects involving the user experience with regard to the company.

How is NPS calculated?

The Net Promoter Score is far from complex market research methodologies; any company, no matter how small, can learn what its ratio is.

The first step is to ask the question to as many of your confirmed customers as you can. This can be done in multiple ways: from a survey on the web itself, through an automatic email after the purchase, or, for retailers with actual buildings, directly in the physical store (these small devices are increasingly more widespread with three faces: sad, neutral, and happy).

The answer is measured on a numerical scale from 0 to 10, with 0 being “don’t recommend at all” and 10, “absolutely recommend” The answers are classified into three groups:

Those who give us a score of 9 or 10. Customers with such loyalty that that in itself makes them an asset to the company, not only for the likelihood of recurring purchases but also for the ability to become brand ambassadors.

Users who give their answers a value between 7 and 8. They may seem like high values and though we might infer that they’re satisfied or even extremely satisfied, they are not in a position to promote our brand.

It is the widest spectrum since it comprises votes between 0 and 6. We’ll consider all of these clients to be dissatisfied, which makes them a potential source of negative feedback.

Now that we have our surveys properly answered, we only have to process the data and draw a reference value. To do this we will group the answers into the three aforementioned categories, following the corresponding criteria. Once we have the percentages of promoters we will subtract it from the percentage of detractors and discard the passive users.

This will offer us a rate between -100%, meaning we have a serious problem, and 100%. Although it is understood that any NPS above 0 is always considered positive, we would say that a 50 is optimal. In fact, 100% on both positive and negative sides doesn’t seem to be logical.

Disadvantages and advantages of the Net Promoter Score

When Frederick Reichheld first mentioned NPS in a publication in the prestigious Harvard Business Review magazine in 2003, it’s hard to think that he would have so much to talk about. Advocates say that:

Of course we also have detractors who see the negative point precisely in its simplicity and, in their opinion, it’s not just simple, it’s too simple.

Among those who do not trust in us are those who believe that the problem lies in the question itself that articulates the whole methodology: why ask for the likelihood of recommendation and not for repurchase, for example?

Obviously there is no perfect method, I wouldn’t tell you to take the NPS as an absolute truth, but honestly, it is a good starting point for making decisions.

If you are concerned about the user experience, the perception of your service by the customer, and the impact that this may have on your brand reputation, the relationship between effort and effectiveness of the NPS makes it a good choice. 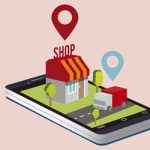 How to optimize the logistics service of your e-commerceUncategorized 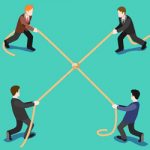 How to stand out from your competition: Part IUncategorized