What tools do we use to improve your business’ CRO

We’ve been talking about conversion optimization for a while, but when we get down to it, the same question always arises: What tools do we have to use for CRO? What do we base it on? How much do we invest? At Oct8ne, we want to help you with some recommendations that we find useful.

First of all, what is CRO?

It wouldn’t make much sense to get into the matter without explaining what these acronyms mean and what they have to do with eCommerce.

Conversion Rate Optimization refers to techniques and strategies that are used as persuasion tools to increase a particular website’s conversion rate.

The main difference that CRO has from other disciplines is that it is not based on heuristics or best practices. All hypotheses that arise from a CRO prism are data driven, so the tests are usually more effective. According to eConsultancy, they’re 7.7 times more effective than UX tests.

What tools do we use for CRO?

Within the CRO itself, different tools are used in different phases of projects to debug various elements or processes. But, being a data-based discipline, web analytics tools like Google Analytics have to be cross sectional to everything.

Obviously, we must use tools other than analytics; let’s see which ones:

By definition, an inaccessible website can never be persuasive. Errors derived from accessibility can end up being critical and you might not even know they exist.

A good tool to give you a glance is wave. It might not be the deepest analysis or the prettiest, but it’s free and gives you a general idea. If you have an app you can use the Android Accessibility Scanner application that generates a specific report for mobile applications.

Something that bothers me most about accessibility is when people use color contrasts incorrectly. This is annoying for any user, not necessarily one who has a severe visual impairment. A red text on a black background reads poorly even if you have eagle vision.

I like to use a tool called Colour Contrast Analyser from Paciello Group (available free for Windows and Mac) but there are also some similar Chrome extensions that help you test visibility, not only the color contrast but the font sizes too.

Actually, to do a so-called guerilla user test, you don’t need anything more than a computer, an Internet connection, and a user, of course. You sit behind it and take notes on the way it surfs the web.

If you want to get a little more serious I would recommend the multi-device lookback.io suite that allows moderate live tests online and without moderation. It even has a downloadable version so you can do the test in person. The best part is that it’s inexpensive. Plans start at $ 29 a month and you can try it for free. Oh, I forgot, it lets you test prototypes too, not just pages in production.

Do not take the first version of a web’s architecture for granted just because it says SEO. You have to ask your users if they can find what they’re looking for and if it’s what they wanted. A frustrated user has less potential to make a purchase. There are many CRO architecture tools but I would stick with Optimal Sort because it lets you do different studies.

There is a free version, although it’s limited. The paid version is around 160 euros per month, but it can be useful if you have many tests to do.

Here I have no doubt, the one I like most by far is EyeQuant, a tool that generates comprehensive attention map reports with heat maps and concrete numbers. The problem? It costs 500 euros per month on the basic plan and only lets you do 50 analyses.

You have solutions like Inspectlet that record and save every visit your page receives. This is highly revealing and will explain a lot, shedding light on your users’ behavior on a level you wouldn’t reach with quantitative web analytics.

Visually they are highly recommended as they offer us a photograph of where users click the most or where they scroll to.

In my opinion, the best are Crazy Egg and Hotjar; they’re a bit more expensive but more complete.

The ace in the hole regarding tools that you can use for free CRO is Yandex Metrica: the Russian Analytics tool that incorporates session recording and heat maps… for free.

This information will have led you to a conclusion, so it’s time to form and test your hypotheses.

One of the best is Optimizely, which allows you to perform tests with minimal implementation and takes care of the dirty work (segment visits, divides, and counts)

At the same time you have to keep Ab Tasty in mind as a personalization tool because it adds more features to simple A/B tests.

Well, that’s all. I hope I’ve answered your questions about which tools to use for CRO and that you start to capitalize on your traffic more thanks to them. 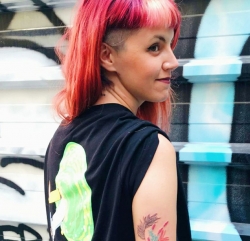 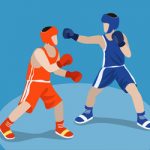 How to stand out from your competition: Part IITips e-commerce 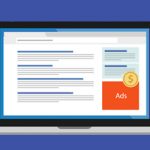